Sweat and humidity are basically everything that summers in India offer us. But surprisingly not many people know about the coldest places in India. There are many! After all, the Indian subcontinent is home to the largest percentage of Himalayas. In these destinations, the temperature is nearly always low, making it the perfect retreat for anyone looking to escape from humid Indian summers. From the Siachen Glacier to Srinagar, India has an interesting mix of tourist places with cold weather. If you want to travel to some coldest places out of India, check Natvisa for visa policies.

Here Are Some Of The Coldest Places In India

1. Siachen Glacier – The Coldest Place In India And The Non-Polar World 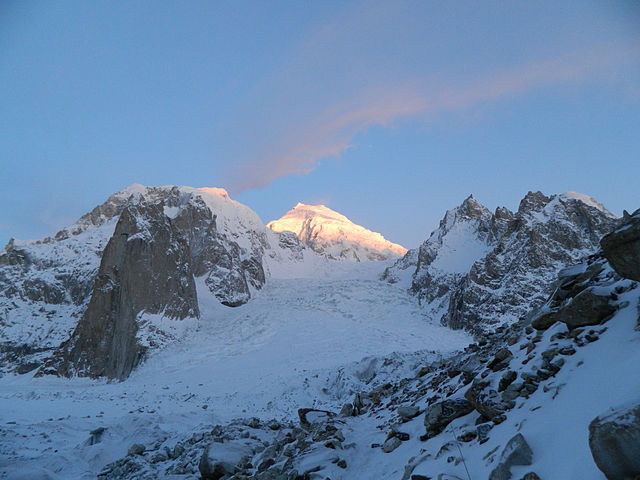 The Siachen Glacier located in the northern Karakoram range. Siachen is not only one of the coldest places in India, but it is also the coldest place in the entire non-polar world. It receives the highest snowfall in the world. The minimum temperature goes up to -50°C making it one of the coldest places in the country. Siachen doesn’t have summers. The summer temperature there goes up to -10°C. Siachen, for decades, has been a territorial dispute between India and Pakistan. Due to the cold climatic conditions, many soldiers have even lost their lives. Civilians were allowed to visit Siachen in 2008 but the area is still restricted and you will need special permission to enter there.

How to get there: You can drive up to the Siachen base camp which is the last point up to which a driveable road is present.

2. Dras, Kargil – The Gateway Of Ladakh 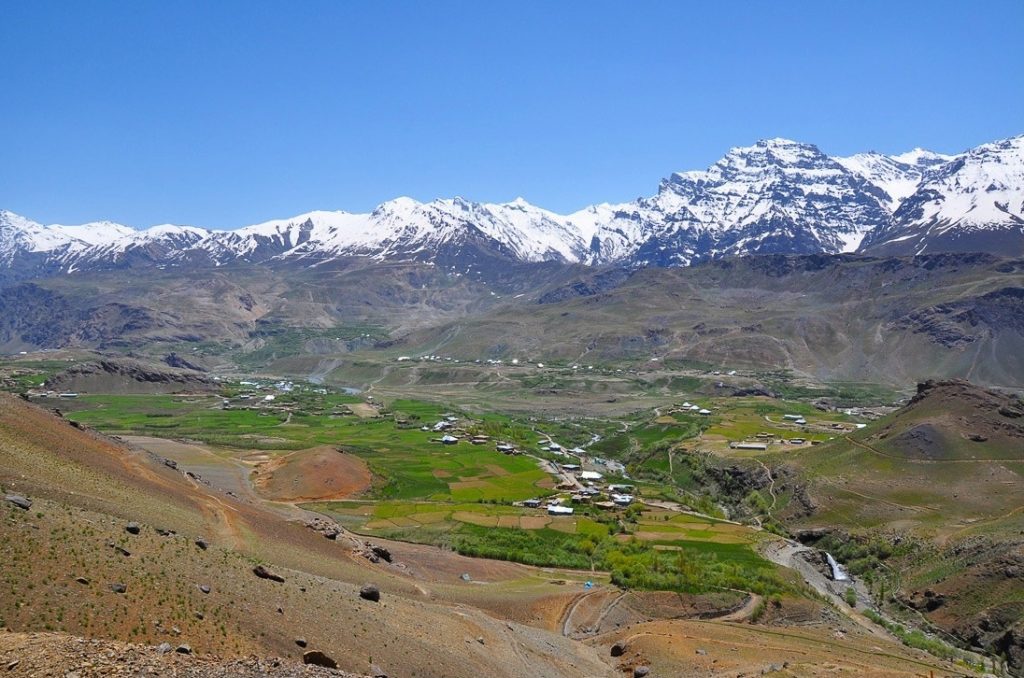 Dras is a rare gem making it an unconventional tourist destination. The place is known as “The gateway of Ladakh” and is one of the coldest places in India. Located in the Kargil district, Dras plays as a staging point for the people who trek to Amarnath and Sialkot. At an elevation of 10,761 feet (3,280m) above sea level, Dras has scenic landscapes, stunning ridges and snowy mountains to offer tourists who are brave enough to battle the bone-chilling cold!

How to get there: The closest airport to Dras is Shaikh ul-Alam Airport in Srinagar. From the airport you can take a bus or a cab to Dras. National Highway 1 connects Dras to neighboring cities like Kargil, Leh and Srinagar and Delhi. 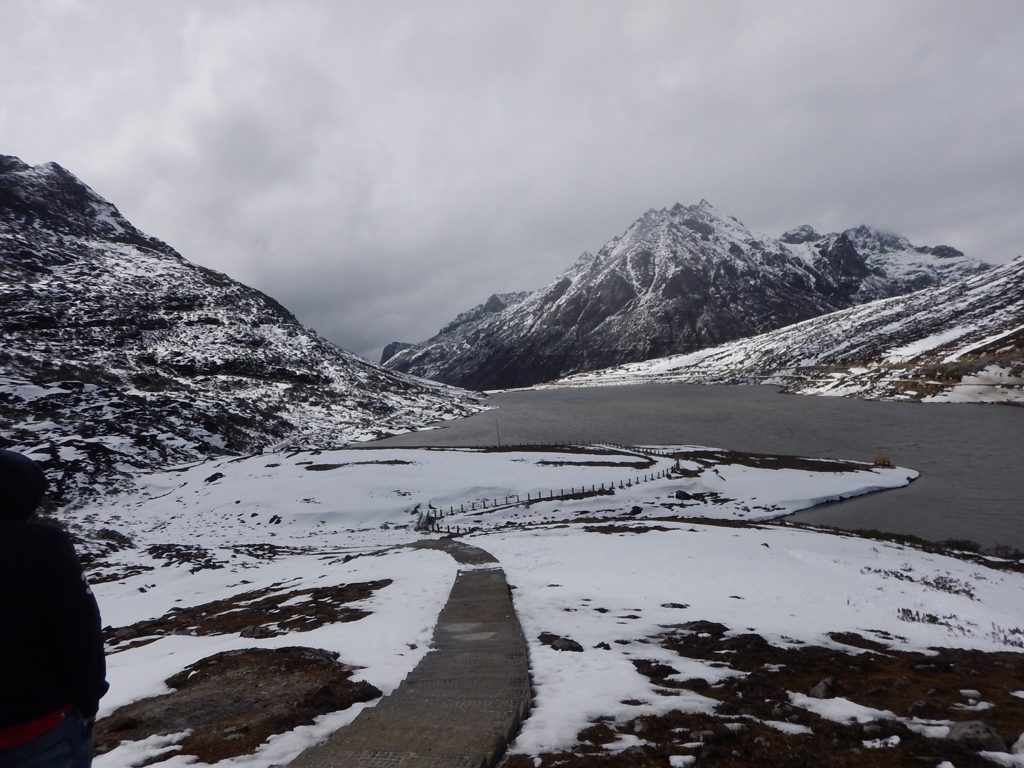 Sela pass is known for its natural beauty. The town connects the Buddhist town of Tawang to Tezpur and Guwahati. Summers there are often pleasant but the winters are chilling. The town experiences snowfall during the winter. It sits in the Himalayas at a height of 4170 m and you can take this beautiful journey in the month of October, November, March, April, and May. Roads are least likely to be blocked by snow during these months. Close to Sela pass is you will encounter Sela Lake (sometimes called Paradise Lake because of its beauty) which is either partially or fully frozen during winter.

Location: Border between the Tawang and West Kameng Districts

Best time to visit: October, November, March, April and May

How to get there: You need to acquire a mountain pass along the Tawang road route as well as ‘Inner Line Permit’ (ILP) to enter Arunachal Pradesh to access Sela Pass. 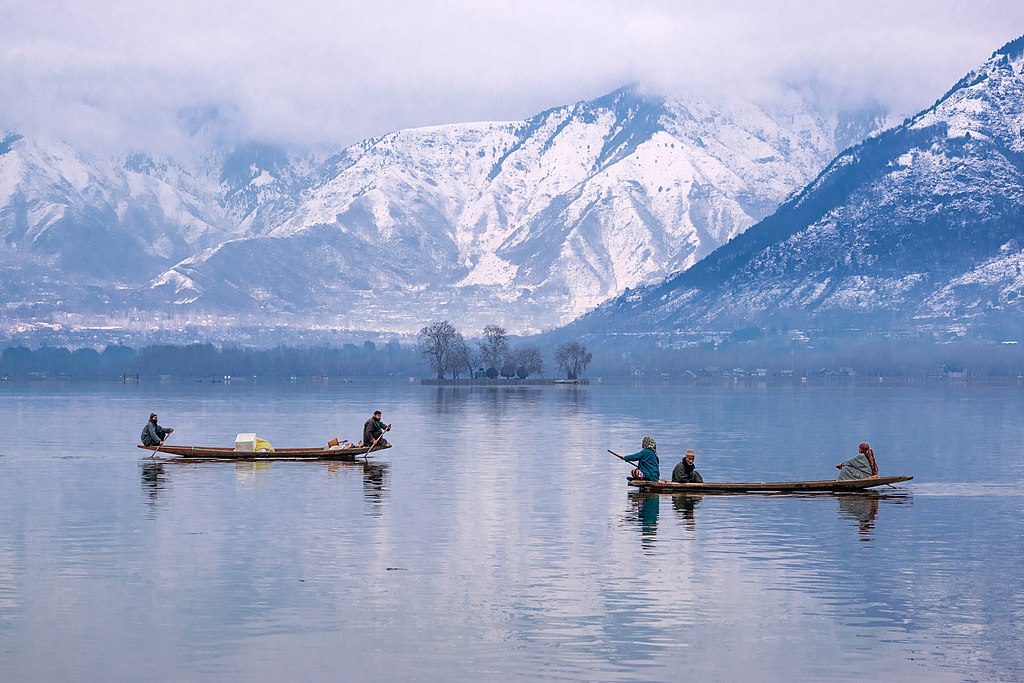 Srinagar is located at an elevation of 1,585 meters. This beautiful city is known for its culture and sceneries and lies along the banks of the Jhelum river. Being home to the famous Dal Lake, Srinagar is the coldest state capital of the country. Srinagar is home to many famous mosques and temples including the Jāmiʿ Masjid (Congregational Mosque) that was built in the 15th century. It is considered to be the largest mosque in Kashmir. Close to Kashmir is the quaint town of Gulmarg that offers splendid views of the Vale of Kashmir and of Nanga Parbat, which is one of the highest peaks in the Himalayas.

How to get there: Srinagar has a domestic airport connected to all major cities in India. You can also get there by bus from Delhi, Jammu and Chandigarh. 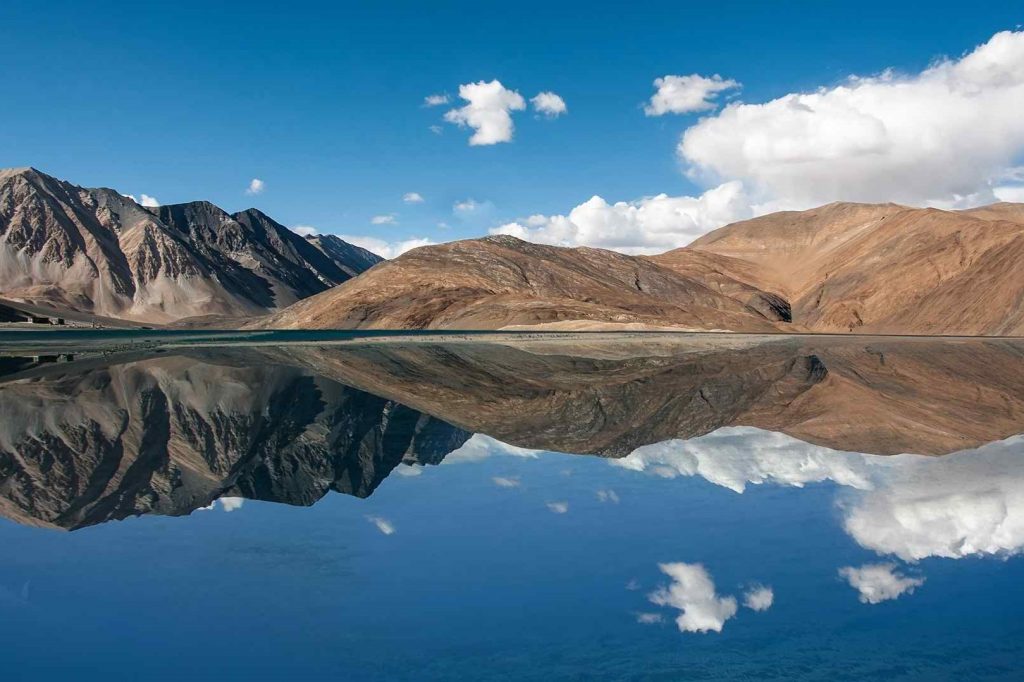 Leh is a very popular tourist destination. The place is rich in its history and culture. The temperature in summer goes up to 7°C. There are many monasteries and lakes that make Leh, a must-visit. Leh is also home to the highest residential point of human settlement, 3000 metres above sea level. The magnetic gravity hills of Ladakh are at a height of 11,000 feet above sea level making for a gorgeous sight.

How to get there: The easiest way to get to Leh is by air. The nearest airport is Kushok Bakula Rimpochee Airport located in Leh which is connected to many international airports across the country. 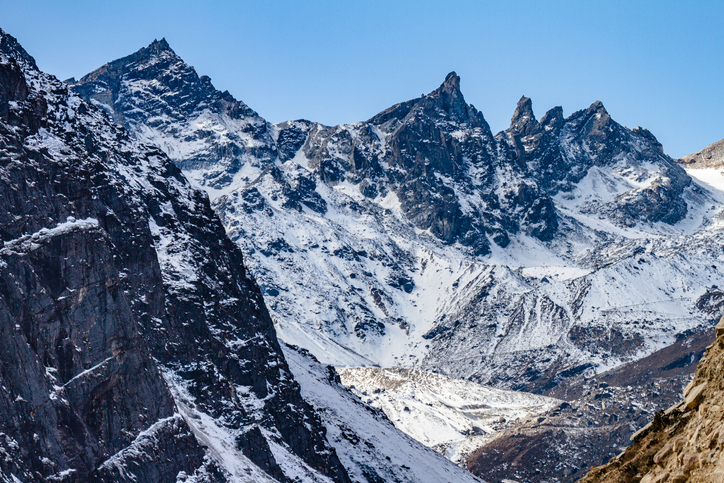 More About Lachen And Thangli Valley:

How to get there: New Jalpaiguri is the nearest railway station from Thangu Valley. The closest airport to Sikkim is Bagdogra airport from where you can take buses or jeeps to reach the valley. 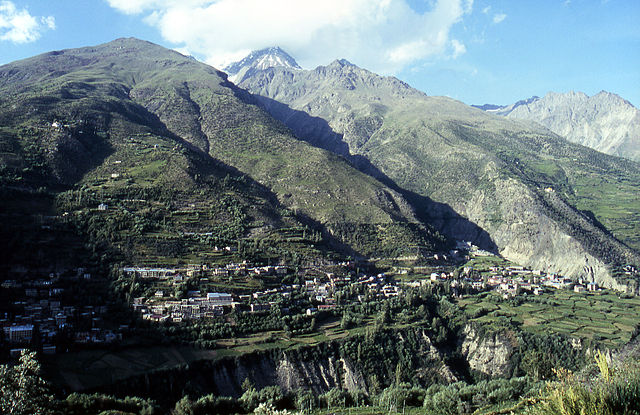 Keylong is situated on the main road to Leh. It sits on an altitude of 3340 m above the sea level and is full of willow trees, water streams and mountains covered with snow. This beautiful destination is not that far from Manali, Kaza and Leh. So this makes it a perfect stop if you are on a road trip to any of these destinations.

Best time to visit: May to October

How to get there: Bhuntar airport in Kullu, Himachal Pradesh is the nearest airport from where you can travel to Keylong by road.

8. Sonamarg – The Meadow Of Gold 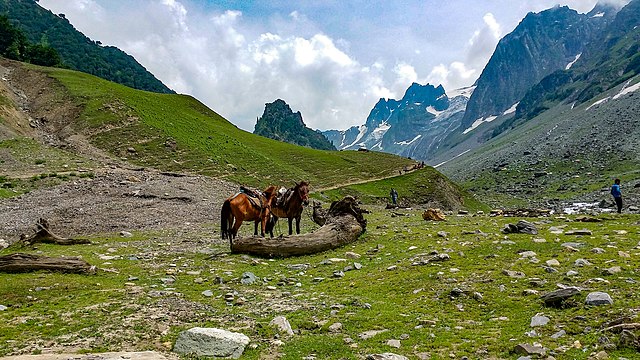 Sonamarg is one of the most beautiful destinations to visit in Kashmir. It is a perfect summer destination. During the winter, the climate can get often get harsh. Amarnath is in proximity to Sonamarg making it a base for a journey to the pilgrimage site. Sonamarg translates to ‘the meadow of gold’ and is located at an elevation of 2,800 m with the Sindh river flowing through the valley.

Best time to visit: May to November

How to get there: Sonamarg doesn’t have a railway station or an airport. The nearest airport is in Srinagar from where you can take buses to Sonamarg.

9. Shimla – Queen Of The Hills 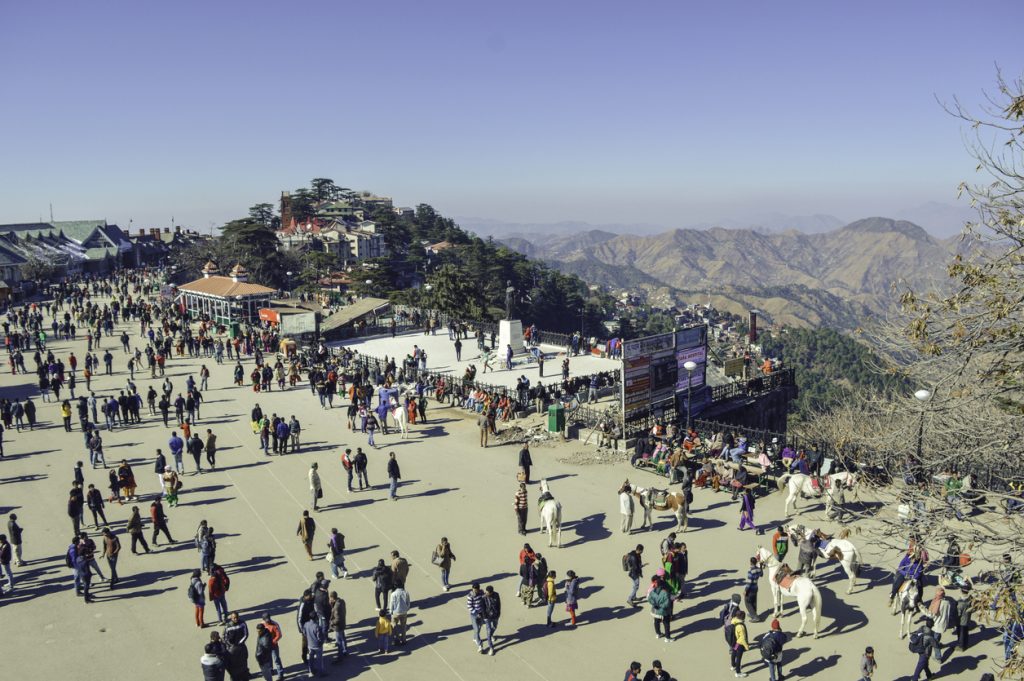 The capital of Himachal Pradesh is known for its handicraft shops, a pedestrian avenue, shopping markets and weather. It sits on an elevation of 2,276 m. The average temperature during the goes up to 19-28 °C which is very pleasant. Named after Goddess Shyamala, Shimla is known as the ‘Queen Of The Hills’. It is the only place coldest place in the country to have a natural ice-skating ice rink that was founded in 1920 under the British rule. It is also home to the oldest post office in all of North India.

How to get there: Jubarhati is the nearest airport to Shimla, only 23 km from the main town. There are regular flights to Jubarhati from Chandigarh and Delhi. Buses and trains are also available. 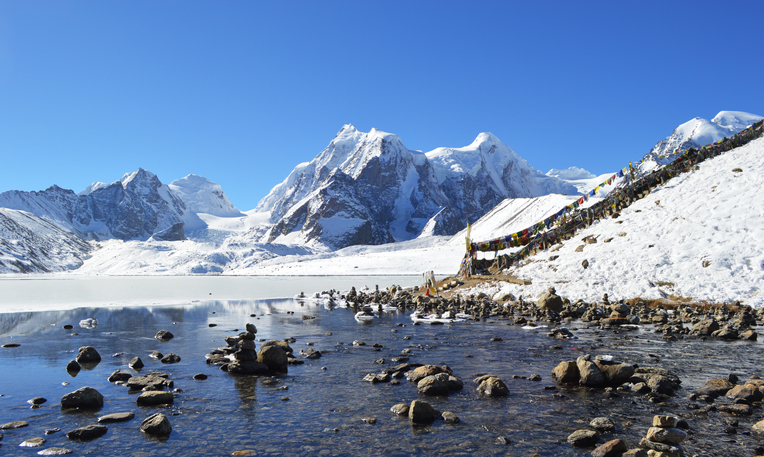 Sikkim has some of the most beautiful and most visited travel destinations. Gangtok, the state capital is one of them. It is home to a significant portion of Himalayas and contains breathtaking mountain peaks. Gangtok is located at an elevation of more than 1,600 m. Every year Gangtok hosts an International Flower Festival which attracts tourists from different parts of the globe. The city also houses the Rumtek Monastery which is one of the biggest in East Sikkim.

How to get there: The airport closest to Gangtok is 124 kilometres away in Bagdogra, West Bengal. From the airport, a shared taxi or a private vehicle that will get you to Gangtok in about two hours.

11. Mussoorie – The Queen Of Mountains 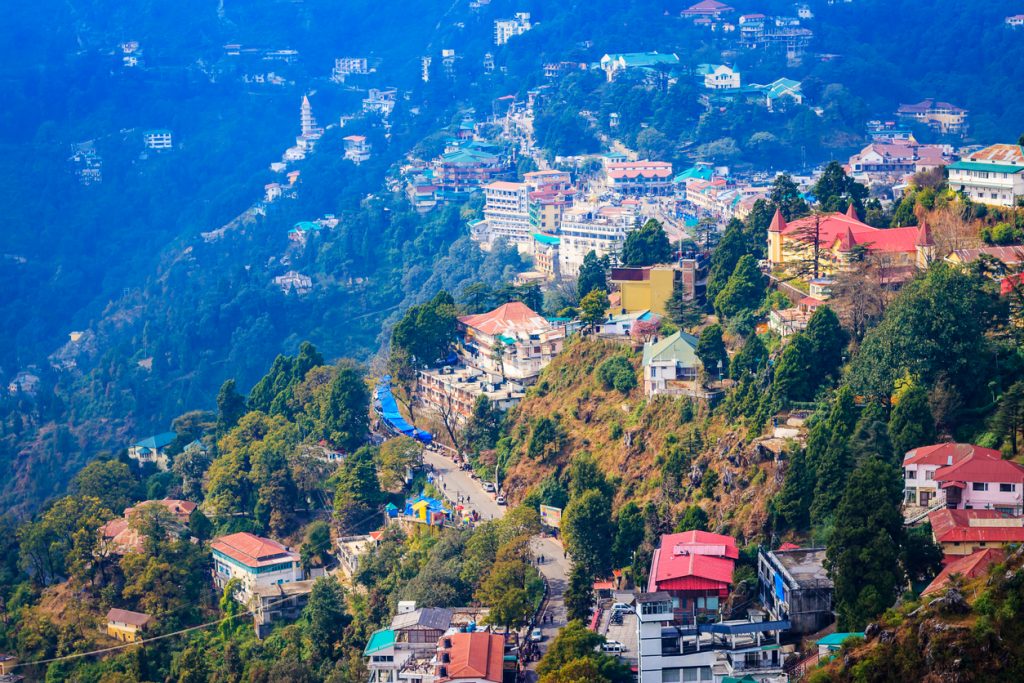 Mussoorie sits on an elevation of 2,005.5 m above the sea level and is usually pleasant throughout the year. The Queen of Mountains is located 35 km from Dehradun, this hill station is something you should never miss. The highest point in Mussorie is Lal Tibba situated at a height of 2,290 m offering spectacular panoramic views. This quaint little town gets its name from the Mansoor herb found at the Himalayan foothills.

How to get there: Jollygrant Airport in Dehradun is the nearest airport to Mussoorie. Direct flights from Delhi and Mumbai are available to Dehradun. State government and private buses connect Mussoorie with nearby places like Delhi, Dehradun. 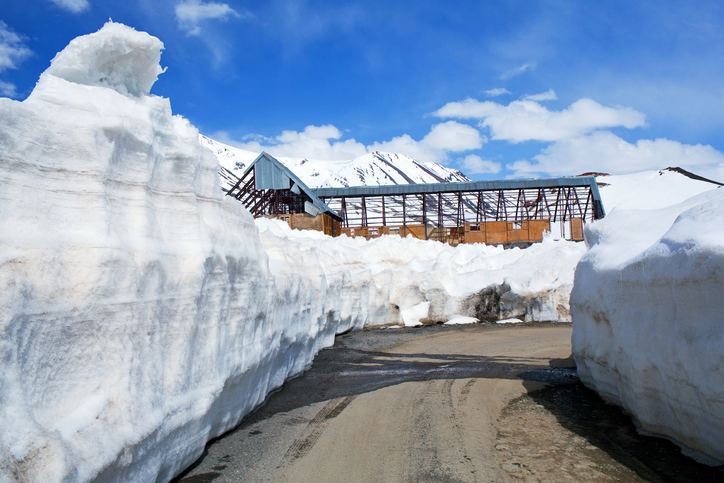 Manali is a place you shouldn’t miss in your summer or winter vacations. Rohtang Paa which connects Kullu to Lahaul and Spiti valley is another location that will mesmerise you. It is located at an altitude of 3,978m and its mountains are covered with snow clad in winters. This picturesque tourist destination is regarded as one of the coldest places in India.

How to get there: The nearest airport is in Bhuntar about 104 km from Rohtang Pass. The Himachal Road Transport Corporation buses operate from Manali and go as far as Leh via Rohtang Pass and then through Keylong.

Beat The Heat Amidst These Gorgeous Landscapes

The coldest places in India make for perfect getaways in the summer months. Since most cities and states in the country have high temperatures throughout the year, finding a destination with the perfect temperature is truly a treat. These destinations have much to offer to tourists aside from their cool temperature. Stunning landscapes, adventure activities, and a range of other experiences await everyone who visits these places.

Also Read: 8 More Hill Stations In India To Escape From The Heat This Summer

Which cold places are best to visit in summers in India?

The Siachen Glacier, Leh, Ladakh and Kashmir are some of the most beautiful places in India which are also incredibly cold in winters. You must definitely check it out in spring or summer if you can when it’s pleasant.

Which is the coldest city in India?

India’s coldest inhabited place is Dras. In Dras, the temperatures can go as low as -22 degree C in winters.

Which is the coldest month in India?

December and January are considered the coldest months in India when temperatures plummet, especially in the Himalayan region.

Which city has the lowest temperature in India?