The fascinating South Shetland Islands offer a thrilling addition to an expedition to Antarctica. Located 75 miles (120 kilometers) off the coast of the Antarctic Peninsula, these islands, much loved and visited since the early 19th century, remain a favorite destination for historians, scientists and explorers alike. Offering incredible wildlife sightings, spectacular outdoor experiences, and sites of historic and scientific significance, this archipelago of 11 major islands promises an experience of a lifetime. 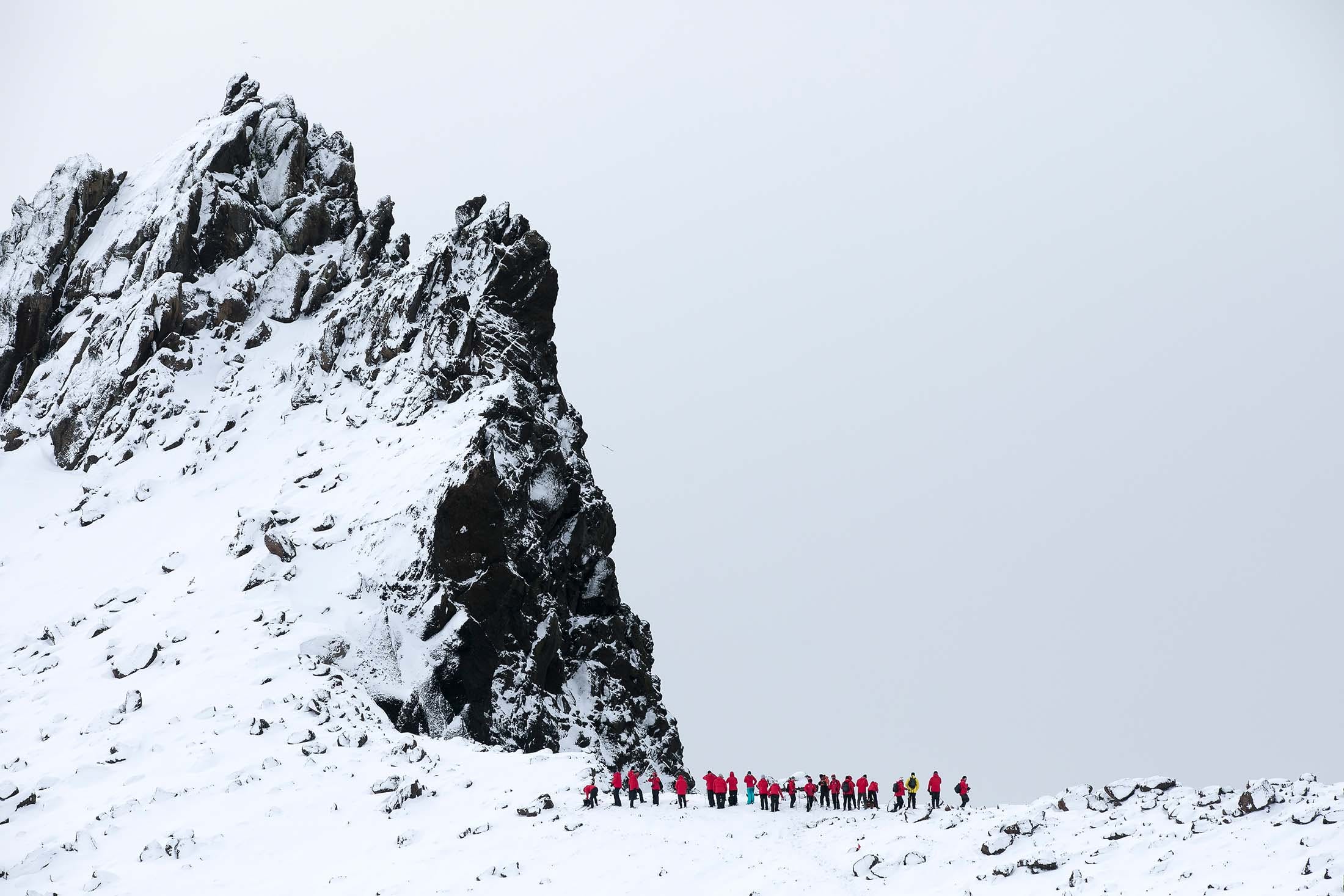 Between 2,000 and 2,500 breeding pairs of Chinstrap Penguins dominate the tiny crescent-shaped Half Moon Island, where their black silhouettes dot the snowy landscape. It’s also an important breeding spot for other Antarctic animals that are sought-after sightings, including a small population of South Polar Skuas. While trying to spot their grayish-brown forms, don’t forget to look out for Weddell and Antarctic fur seals that rest on the island’s beaches.

Off the coast of King George Island, the aptly named Penguin Island is another haven for bird lovers. It possesses low, easy-access cliffs and a small peak that make ideal viewing points for observing both Chinstrap and Adélie Penguins. Mountainous Elephant Island to the east, named in honor of the elephant seals that can be spotted around the island, is also home to stunning glaciers, as well as several Chinstrap Penguin rookeries. Sometimes even yellow-crested Macaroni Penguins can be found on Point Wild. 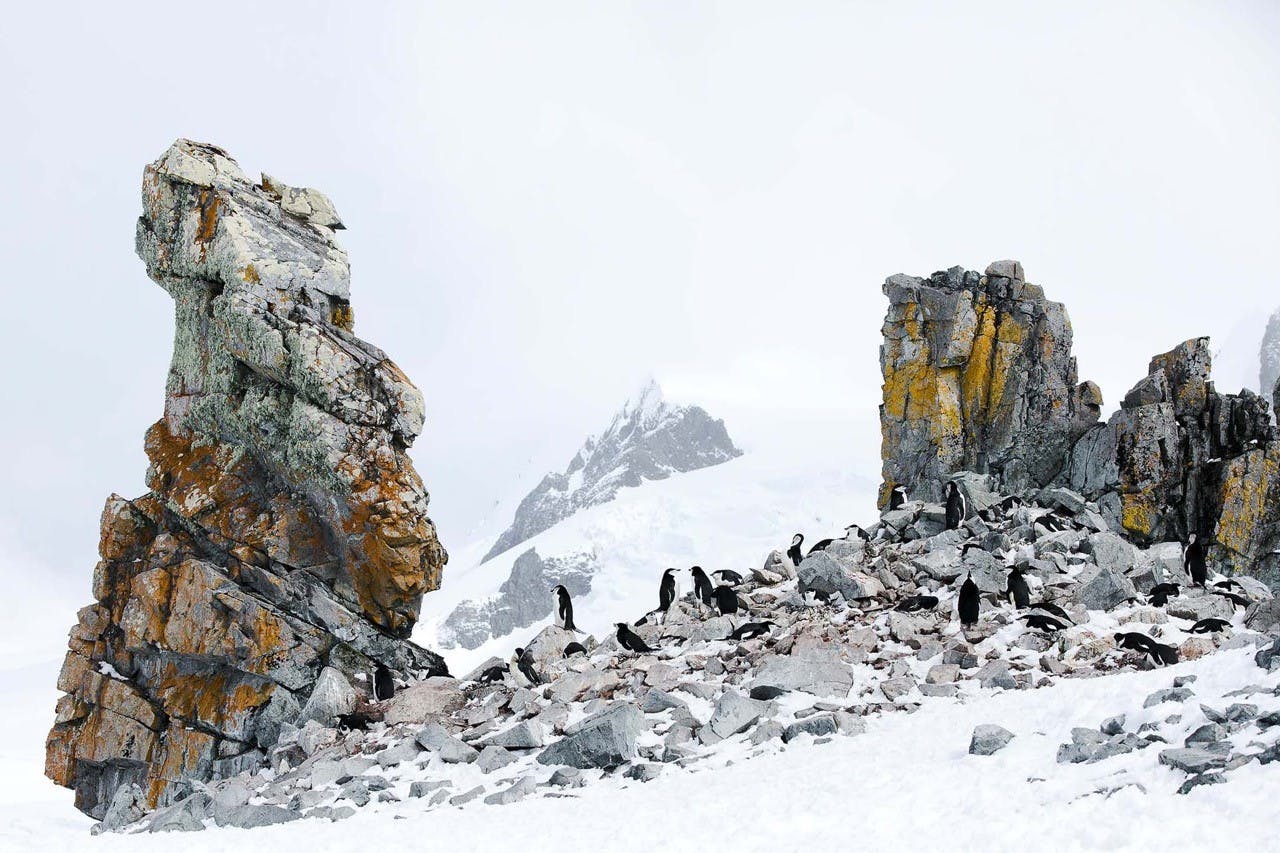 2. The Archipelago Is Rich in History and Legend

One particular stretch of land on Elephant Island is named after Frank Wild, leader of the party from the Shackleton Endurance Expedition. Against all odds, the stranded crew survived a shipwreck and camped out here on the ice-covered isle for 137 days. Visitors to Point Wild will immediately spot a lone statue that honors Captain Luis Alberto Pardo Villalón, a Chilean pilot who heroically navigated the famous Drake Passage in harsh winter conditions to rescue the crew.

Speaking of history, Livingston Island was the first land discovered below the 60th parallel south, in 1819. Byers Peninsula has been recognized as a Site of Special Scientific Interest because it lays claim to the most historical sites in all of Antarctica. Today, visitors can view countless artifacts that date from the island’s discovery. 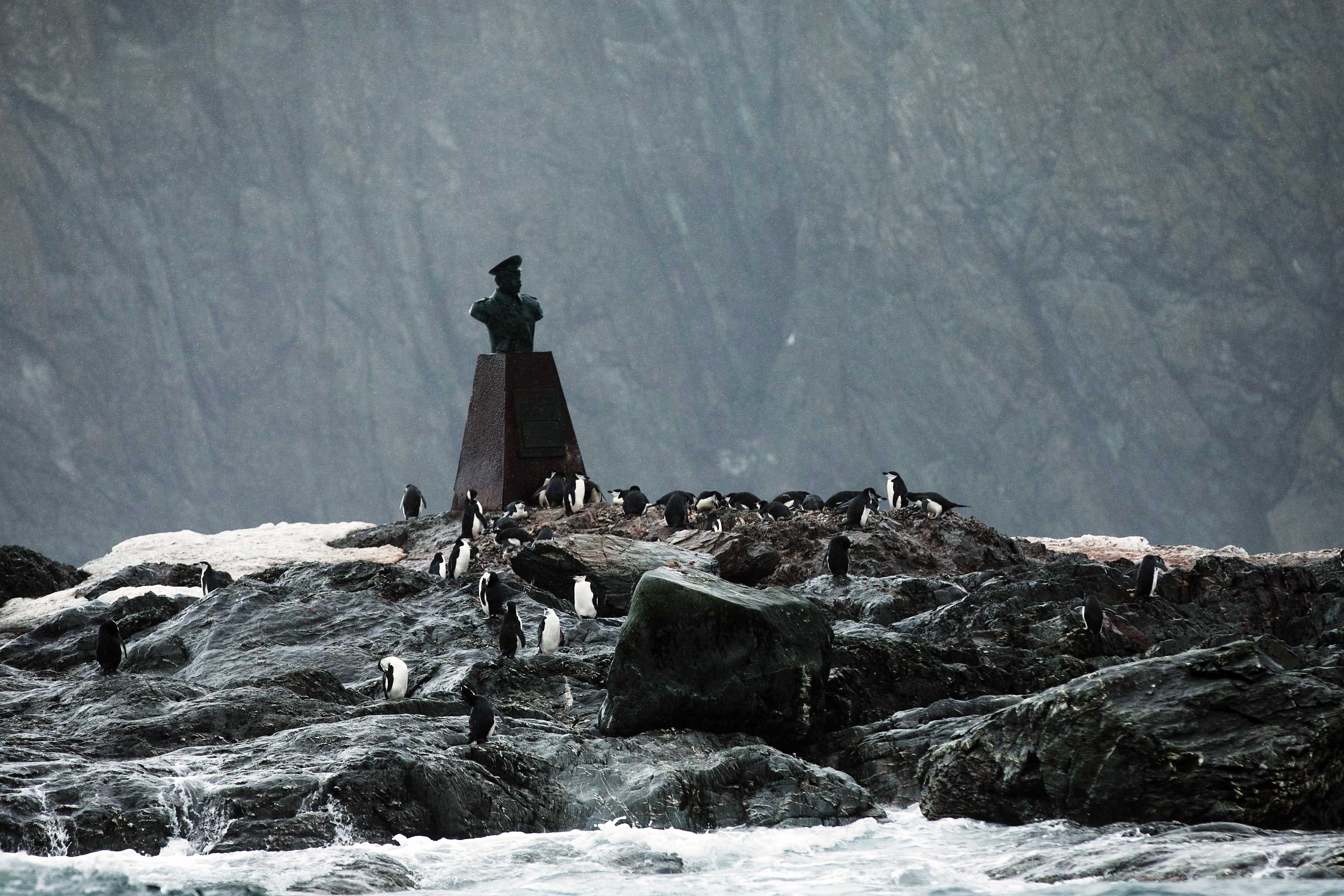 Deception Island lives up to its name; its secrets are concealed for visitors approaching by sea. The round land mass has a vast caldera in its center, which is actually accessible for ships. A narrow entrance to the southeast makes it one of the safest harbors in Antarctica, despite being within a caldera of an active volcano.

After exploring the island’s unique volcanic features and hiking over the lunar-like landscape, which is rich in inky volcanic soil that contrasts with patches of ice and snow, visitors can take a refreshing dip in the Antarctic Ocean thanks to underground geothermic activity that heats the water in Pendulum Cove and various other locations. 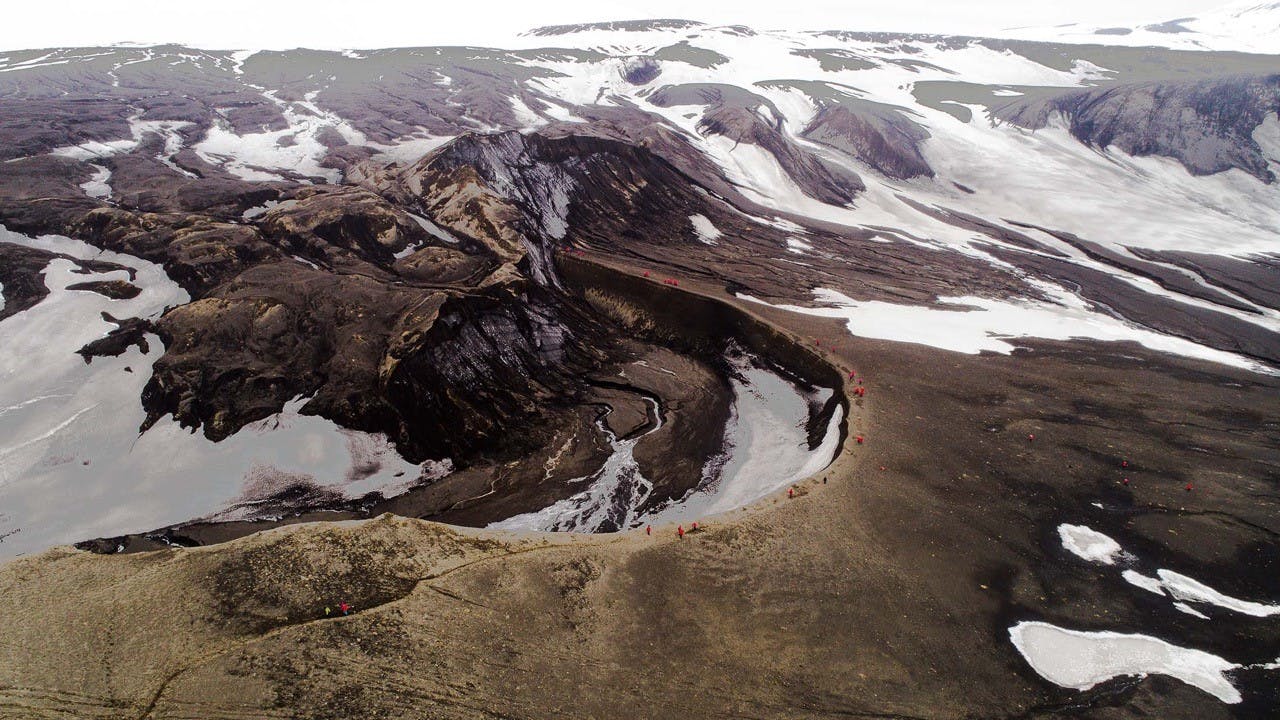 4. Experience the Backdrop of Scientific Research

The Argentinian research station of Cámara Base, which is dwarfed by rocky La Morenita Hill on Half Moon Island, is one of the islands’ more picturesque facilities. In addition to studying the region’s abundant wildlife, the base’s researchers have also studied meteorological activity, physical oceanography and geochronology.

But the South Shetland Islands has more than 19 research bases, overseen by 12 different countries, scattered across the archipelago. King George Island has historically attracted the most global attention. In its three main bays, visitors find a small collection of buildings, each researching areas as diverse as biology, ecology, geology and paleontology. Some stations are seasonal, resulting in the island alternating between bustling and quiet, but many researchers live on the island throughout the year. Trinity Church, a diminutive church constructed near Russia’s Bellingshausen Station, is one of the southernmost churches in the world and recently hosted its first wedding. 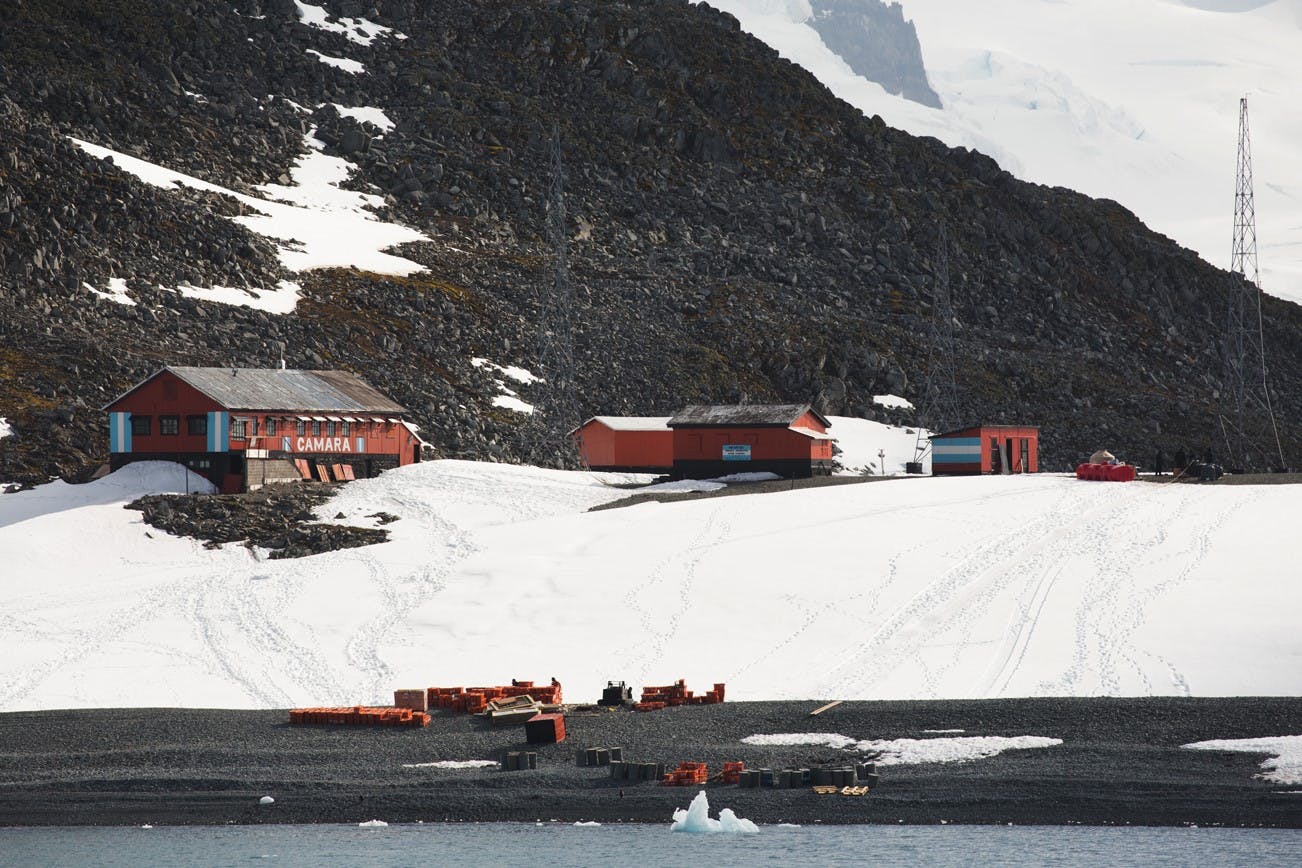