So you have some time off and you are looking for a way to get the most out of it. Multi-day rafting trips are a great way for people of all experience levels to get out on remote rivers and experience special places that so few get to see. 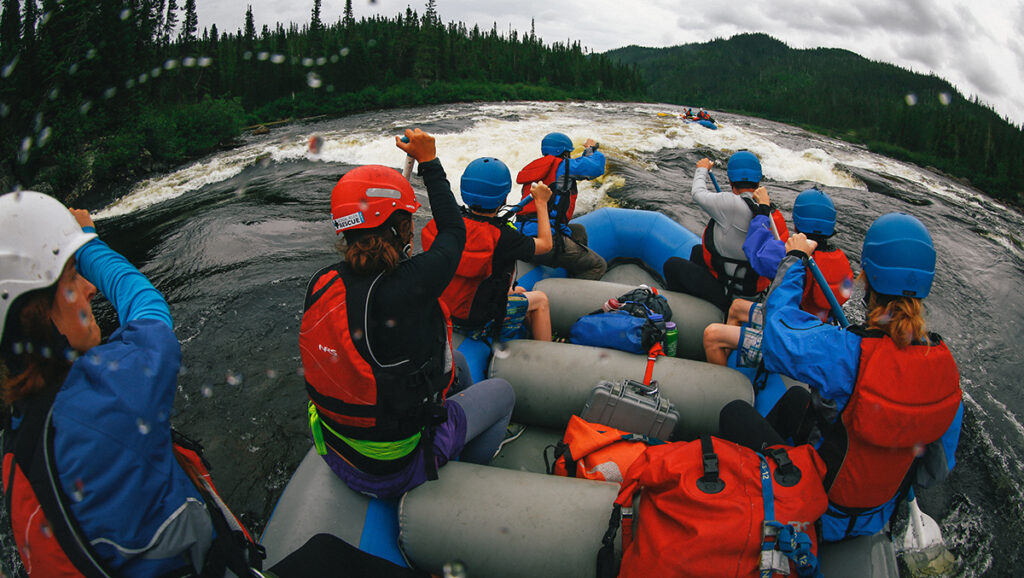 Canada is known to have some of the best multi-day rafting expeditions in the world. Rafting rivers span from coast-to-coast offering a wide variety of different adventures. Some of these rivers cut through dramatic and towering landscapes, some are known for wildlife, and others offer some of the best side hikes you could imagine. With so many different options available, how does one choose the best places to go?

We wanted to do a round-up to take a look at what we believe to be the 6 best multi-day white water rafting trips in Canada. We happen to think that we run two of them! So we’ve put those first, but we also spoke to some of the other top raft guides across the country and hope that list will help you narrow down the best adventure for you.

We have also included the Indigenous names and territories in these descriptions. If we have made a mistake, or you see something that could be improved, please let us know at info@borealriver.com

The Muteshekau Shipu, meaning “river where the water passes between the square rocky cliffs, (also known as the Magpie River), flows through the territory of the Innu people of Ekuanitshit. 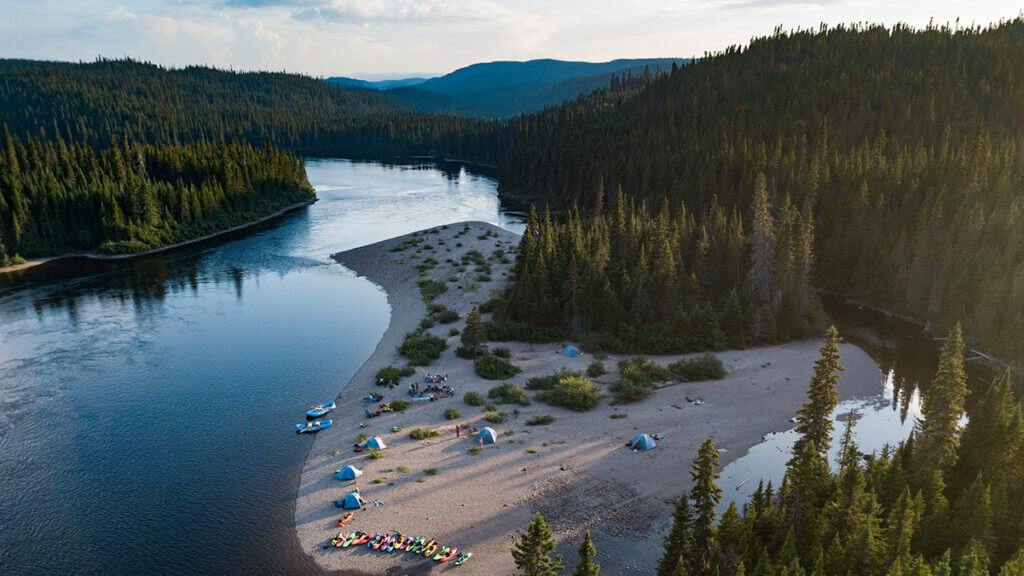 Located in the Côte-Nord region of Quebec, the Magpie River stretches over 200 kilometers as it drops off the Labrador Plateau and into the Ocean.

There’s a reason we started running the Magpie as Boreal River’s original trip in 2008 – and why it continues to be our premiere trip today.

The fun begins before you even arrive at the put-in, with a float plane or helicopter flight from the coast to Lake Magpie. While the river is known for its white water, the scenery, world-class campsites and wildlife offer experiences leaving you with vivid and unforgettable memories.

There are a number of magnificent waterfalls along this river including the 100ft Magpie Falls for which their grandeur will stop you in awe. Each of the campsites has its own unique character and offers varying vantage points of the river. Paddling this river, you will watch the boreal forest slowly change as you scan the shorelines for signs of moose, bear, lynx, wolves and osprey.

This is a paradise for adventure seekers of all kinds and it is no wonder National Geographic considers the Magpie one of the top 5 rivers in the world for white water rafting trips. The trip ends with a campsite overlooking the Magpie Gorge, and you will also pass by French and Innu fishing villages on your way off the river.

The Nah?ą Dehé (Nahanni River) flows through the territory of the Dehcho Dene. 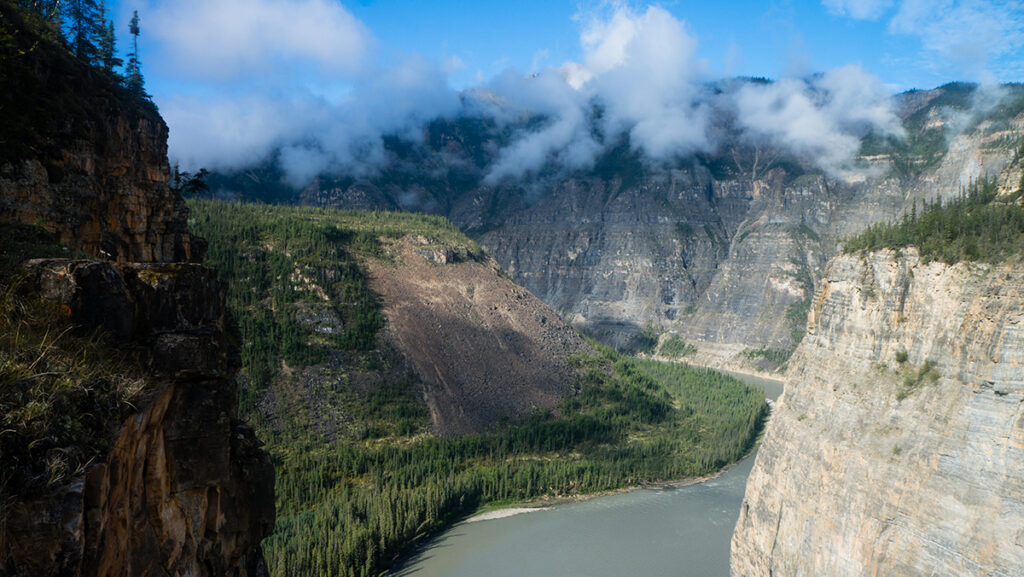 Located in the Northwest Territories, the Nahanni River is filled with a rich history, having flowed through this area since before the mountains surrounding it rose to form a landscape of rugged peaks, imposing canyons, and breathtaking beauty. The entire system runs through two different National Park Reserves, the term used for a nationally protected area in which Indigenous Peoples maintain the rights to hunt, travel, and work within the Reserve boundaries. It’s no surprise this is also one of the most well-known rivers in Canada.

The waterfalls and canyons of the Nahanni are some of the most breathtaking places you can paddle. Náįlįcho (also known as Virginia Falls), a powerful waterfall twice the height of Niagara Falls offers visitors with endless trails allowing you to fully explore this special place. Below the falls you enter 140 kilometers of spectacular canyons that make the Nahanni a World Heritage Site.

This trip offers some easier white water so Boreal River will usually bring inflatable kayaks and SUPs allowing you to up the challenge with some solo paddling. While most people fall in love with paddling this river, there are also a number of hikes that bring you to vantage points that no words will ever do justice to. As experienced river guide, Willa Mason said in her reflection of the Nahanni, “the diverse wilderness, timeless adventure, and unique history make it an unparalleled river trip.”

If you do this trip in late August, you may need to add a few layers to stay warm, but there is also a good chance of seeing the Northern Lights. 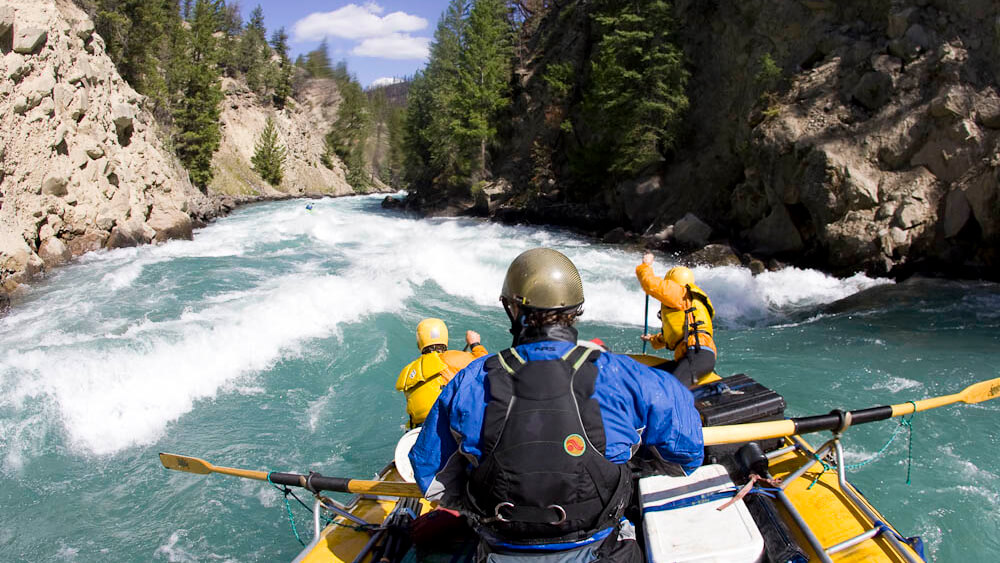 Located in Southwest British Columbia, this world-class river starts at the north end of Chilko Lake, along the Chilko River and flows for almost 200 kilometers as it connects to the Chilcotin and then Fraser Rivers.

The trip begins with a scenic flight over the BC mountains and into Chilko Lake, the headwaters of the Chilko River. These three rivers are filled with trout but if fishing isn’t for you, keeping your eyes peeled for the occasional bear and bald eagle is always exciting.

Descending through Lava Canyon is an experience you won’t forget. It is one of the longest and most challenging rapids on the trip and is why it has become a destination for white water enthusiasts.

One of the most unique features on this trip outside of the canyons and mountains is the turquoise water you will paddle along the way. The trip ends at the Gang Ranch which is one of the most spectacular working ranches operating in North America today.

The Àłsêxh in the Tlingit language, or Shäwshe Chù in the Dän K’e language (also known as the Tatshenshini River) flow through the territory of the Champagne and Aishihik people. 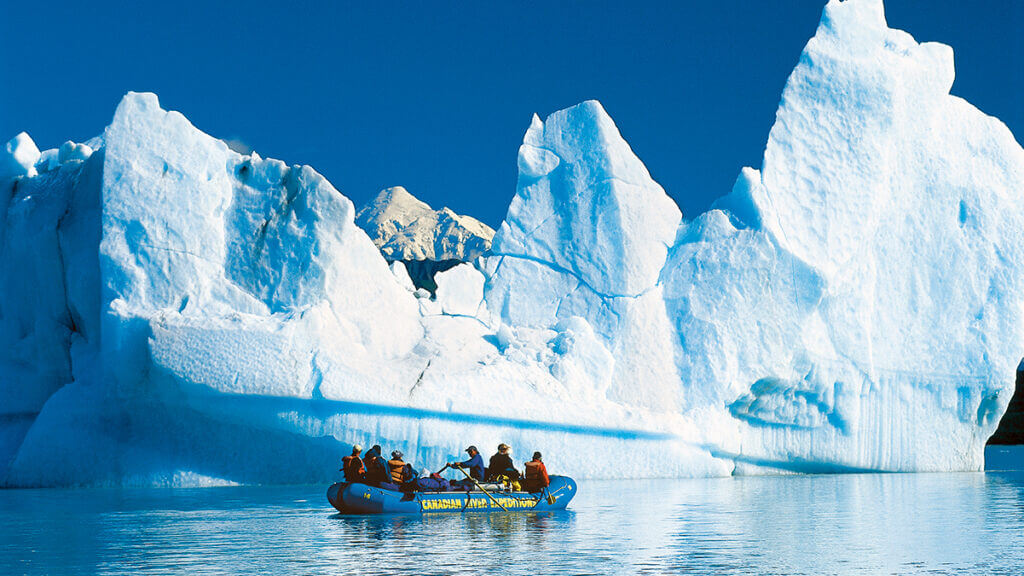 The Tatshenshini River is located in Northwestern British Columbia and became well-known from a controversial proposed copper mine that sparked international concern in the 1980s. This trip starts at Dalton Post and travels for 255 kilometers to Dry Bay, at the Gulf of Alaska.

This river is part of the world’s largest bio-preserve and is home to 5 different species of Pacific salmon. As the salmon return back upriver each year, the grizzly bears and bald eagles are patiently waiting their arrival.

A unique opportunity on this river offers rafters a chance to float in a stunning iceberg-filled lake. There are many opportunities to hike and explore the wildlife and wildflowers of the region. In 2004, the Tatshenshini River was designated a Canadian Heritage River.

The Babine River flows through the territory of the Ned’u’ten and Gitxsan people. 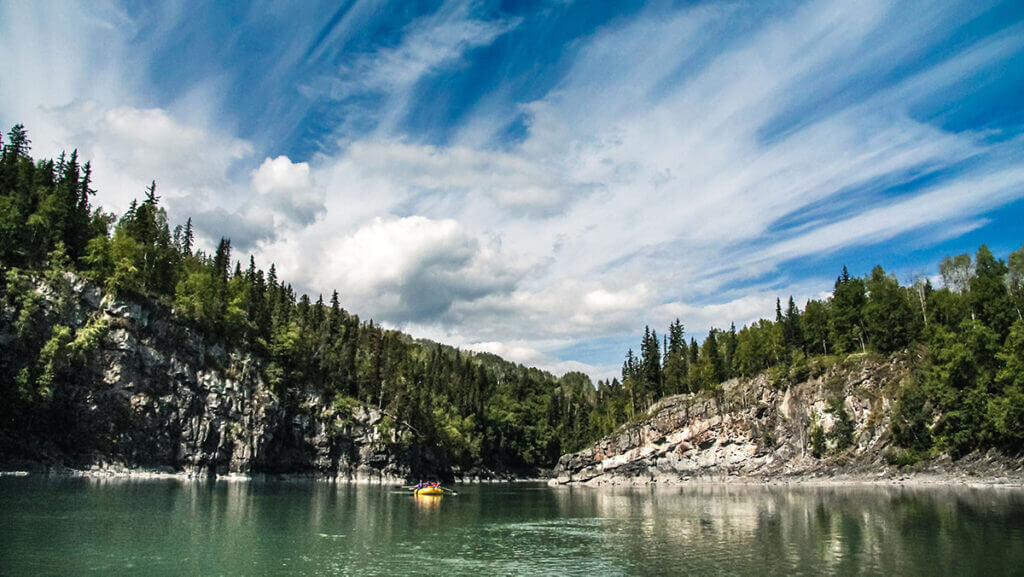 Located in central British Columbia, the Babine River is considered one of the last unspoiled and pristine rivers in BC, and the majority of the river travels through the Babine River Corridor Provincial Park.

Wildlife in this region consists of black bears, grizzly bears and both bald eagles and golden eagles.

The Babine is a river well-known to anglers for holding some of the largest rainbow trout and steelhead in the world.

Rafting this river offers a mix of deep canyons, exciting rapids, thick forest, and the mountains and glaciers of the Sicintine Range.

The Firth River flows through the territory of the Inuvialuit and Inupiat people. 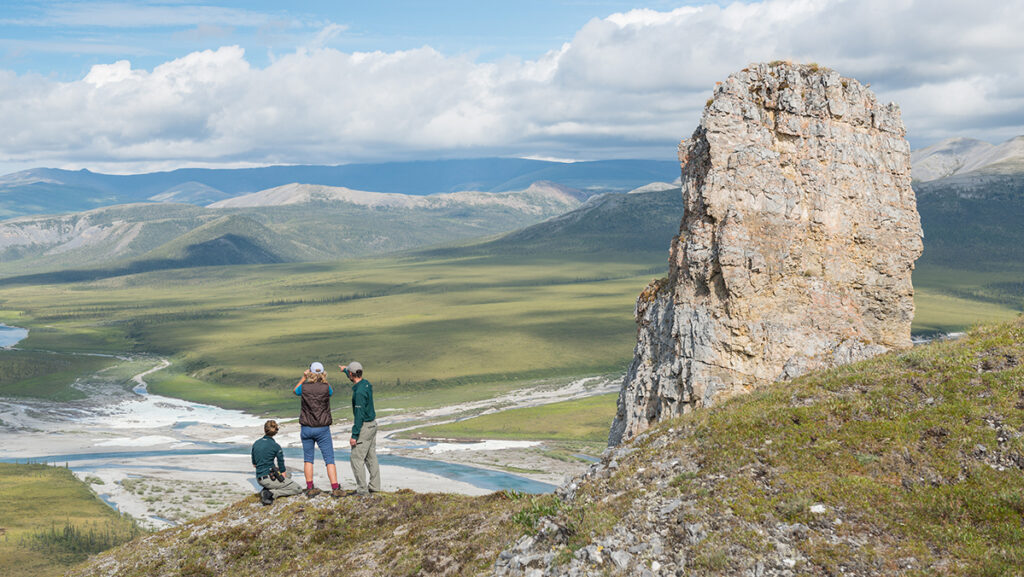 Located in Canada’s far north, the Firth River is located in the Yukon and flows into the Arctic Ocean. This trip begins with an hour-long flight over the Mackenzie River Delta. One of the great things about rafting in the arctic watershed is the unique wildlife you will come across. This includes caribou, muskox, dall sheep, moose, bears, and many migrating birds like sandpipers, jaegers, and longspurs.

As you continue along this river the landscape will evolve as the British Mountains and Buckland Hills rise. You will paddle through the Firth Canyon, a beautiful stretch of river winding through canyon walls before the Firth surfaces onto the coastal plain. The plains are where you will most commonly find Muskox and will provide a great opportunity to spot these magnificent mammals.

Hiking at Engigstiack, one of the most important archaeological sites in the Yukon Territory, will bring you to a place that hunters have stood for thousands of years, offering an unobstructed view of the plains.

Once you arrive at the coast, you will have an opportunity to enjoy your first campfire of the trip, and you might even have a chance to spot a whale.

* While we have done our research to acknowledge the First Nation’s names and territories, we understand that there are different interpretations and sometimes multiple names. If you feel we have incorrectly addressed something, please let us know at info@borealriver.com