Social media influencer and adventurer JJ Yosh (@JJYOSH on Instagram) adopted the 10-pound black cat in 2016 when the feline was a few weeks old. Immediately after bringing kitten Simon home, Yosh started taking the pet on hikes and outdoor explorations.

“I started taking him on every single adventure that I went on,” Yosh, 39, tells PEOPLE. “He loves being outside.”

Yosh decided to train Simon to be an adventure cat because he wanted the feline to experience the outdoors safely.

“If you want to have an outdoor cat here, you’re really chancing it in terms of like how long they’re going to survive,” Yosh says of his home in Boulder, Colorado. “There’s so many chances for them to get eaten or attacked.” 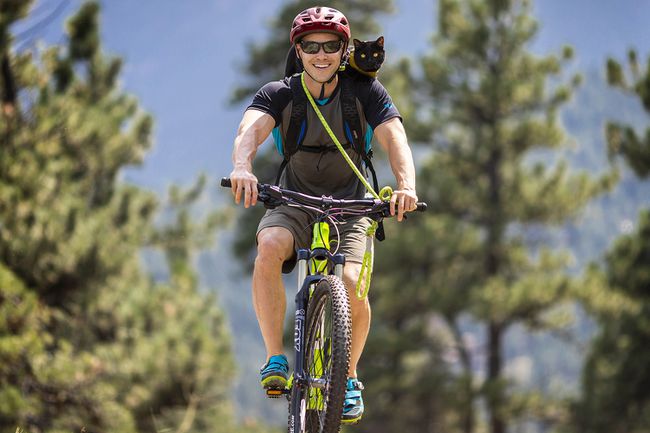 For active Yosh, going outside with his cat for activities was the safest way to protect Simon from predators, and it ended up being a great way to bond with his pet.

Out in the world, when the cat gets tired, Yosh carries Simon on his shoulders. “That’s his preferred place,” the cat dad says. “That’s how he became known as Backpacking Kitty because he backpacks on my back all the time.”

The duo has also sailed on Clinton Lake in Kansas, white water rafted in the Sacramento River near Lake Tahoe, gone camping and rappelling in canyons of Death Valley National Park, and road tripped from Boulder to the Florida Keys — where they kayaked and lounged on the beach together. 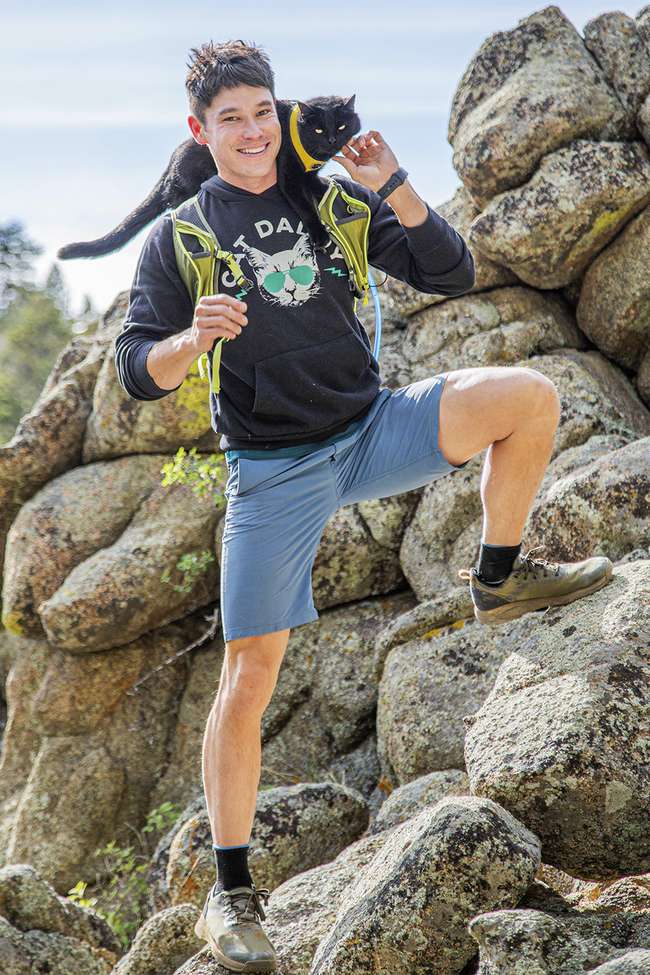 Yosh chronicles his adventures with Simon, from California to Nebraska, on Instagram @backpackingkitty.

“I love how he is so curious about the world around him,” Yosh says.

Indoors, Yosh and Simon stick close together too.

“I never eat alone,” the pet parent says. “He’ll do anything to get a piece of food from me.”

Along with his athletic talents, Simon has an arsenal of tricks, including high fives, handshakes, kisses, and hugs.

“In a lot of ways, he does feel like my kid,” Yosh says. “He is my soulmate and my guardian angel.”

To see more of Yosh and Simon’s adventures, pick up the latest of PEOPLE on newsstands now.