From classic Big Five safari camps to sumptuous riverside retreats, the range of five-star African safari lodges and resorts is nothing short of extraordinary. In no particular order, these are 10 of the continent’s best. 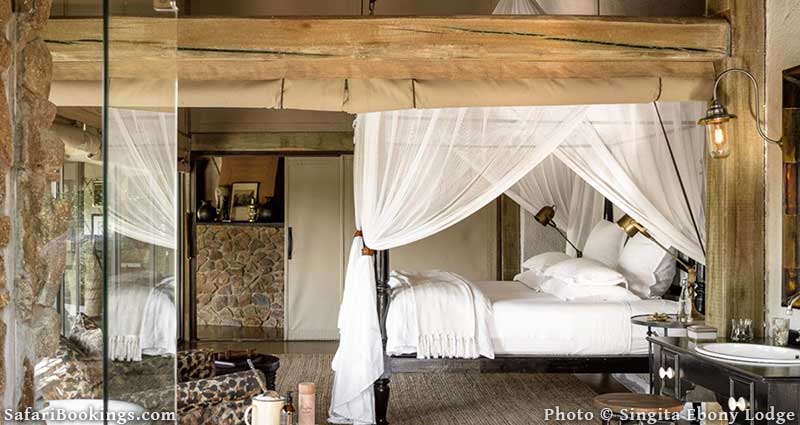 The original Singita safari lodge is in the private Sabi Sand Game Reserve, which shares an unfenced border with Kruger National Park. Overlooking the Sand River, the lodge’s design is a comfortable take on traditional safari style. Ebony has 12 beautiful suites with glass walls, and plunge pools overlooking the river. 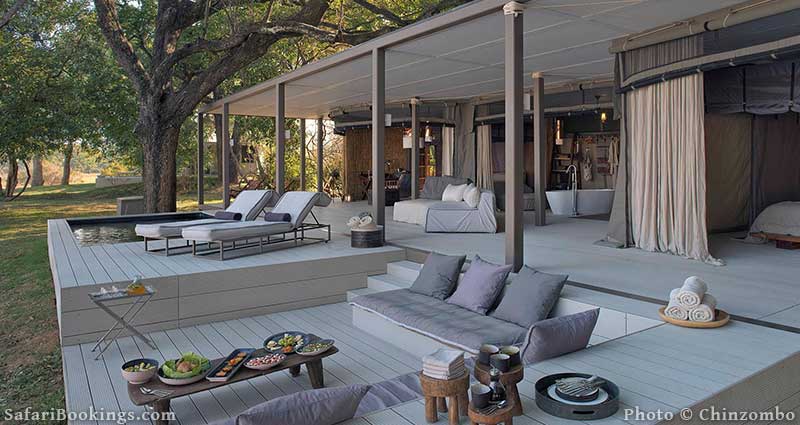 Located along the banks of the Luangwa River, Chinzombo consists of six villas with plunge pools – ideal for those seeking privacy. It is also a great option for families, as one of the villas is designed for up to five guests. 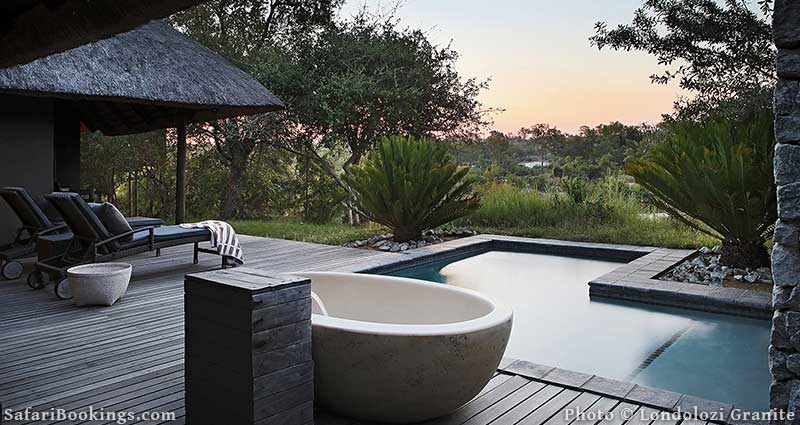 One of the first best African safari lodges and still one of the best, Londolozi is made up of five separate lodges in its private reserve. The three Granite Suites are the most opulent options, with plunge pools and outdoor bathtubs in which you can soak whilst watching the world – or maybe just a herd of elephants – go by. 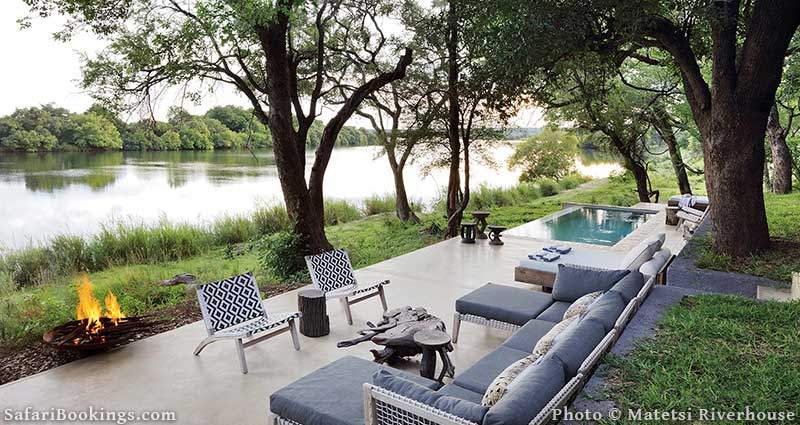 One of the reasons Matetsi is amongst the best African safari resorts is because it presents an opportunity to spot elephants, lions, hippos and buffalo just an hour outside the famous Victoria Falls. The nine suites overlook the Zambezi River. Matetsi River House is a private villa, ideal for families or groups. 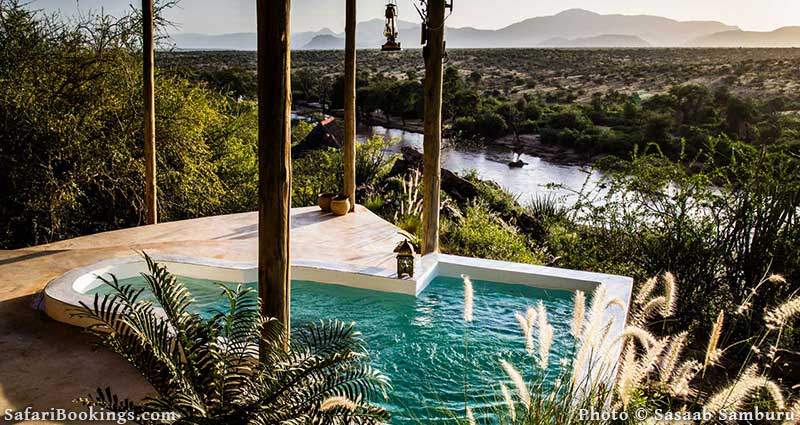 In remote northern Kenya, Sasaab is a lavishly appointed tented camp in the Samburu NP. Each of the Moroccan-influenced tents has its own alfresco bathroom with private plunge pool overlooking the Uaso Nyrio River. 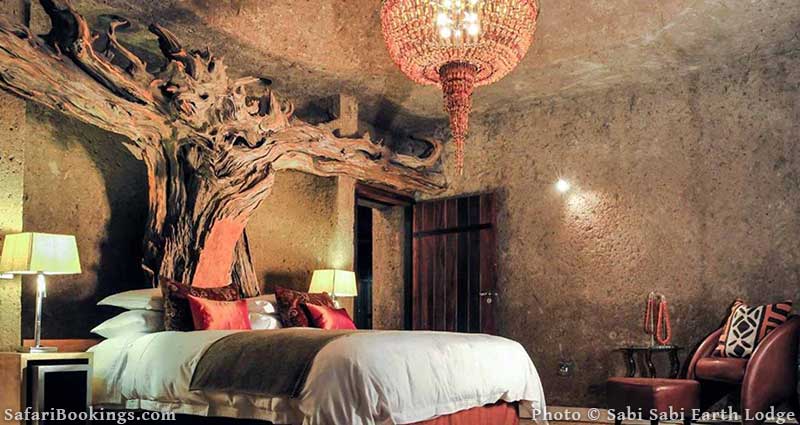 Sabi Sabi has four camps: Bush Lodge, Little Bush Camp, Selati Camp and Earth Lodge. The latter is the most high-end, with a contemporary design that aims to blend in with the environment. Earth Lodge’s Amber Suite, with its grand tree-trunk headboard, is a honeymooner favorite. 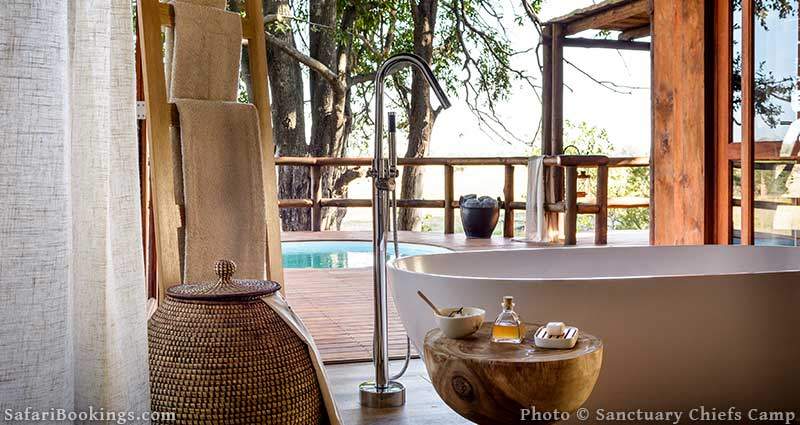 The Chief’s Camp is in one of the most wildlife-rich areas in the Delta – and in Africa. Exploration in game vehicles, on foot and in mokoros (traditional dugout canoes) are on offer. Spacious rooms have private plunge pools and floor-to-ceiling windows, and the camp is in keeping with its bush setting. 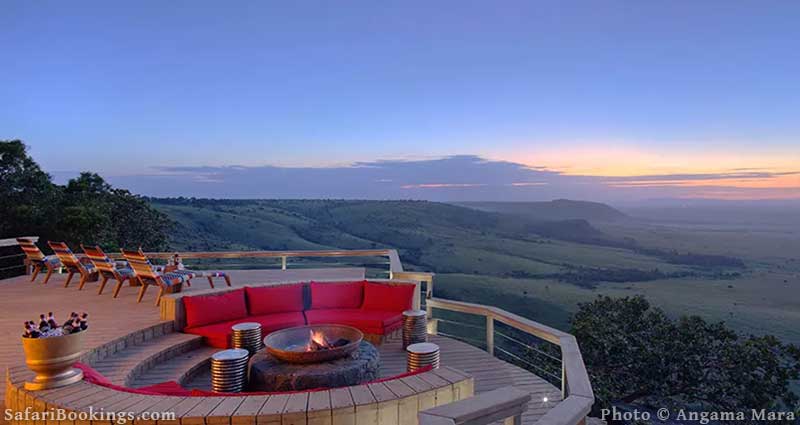 In one of the most popular safari areas in Africa, Angama Mara won a host of style awards when it opened. On the site of the famous Out of Africa picnic scene, the lodge has sensational views from its escarpment perch. The two camps of 15 tents each have floor-to-ceiling windows and bright fabrics inspired by Masaai dress. 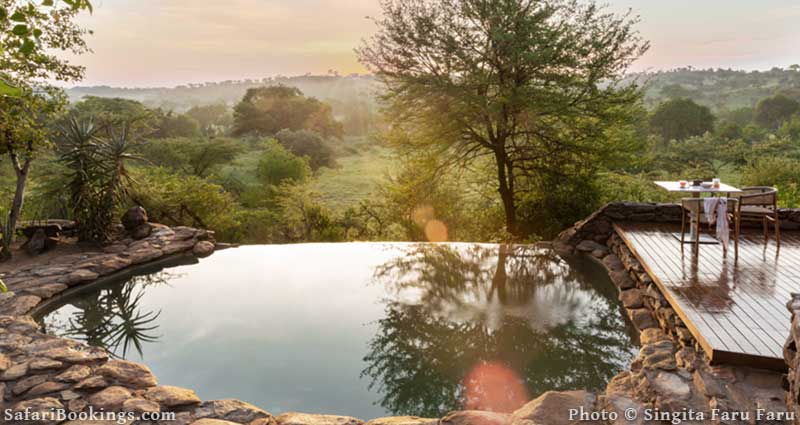 In northern Tanzania, Singita Faru Faru is one of the best African safari hotels, especially for experiencing the great migration. Faru Faru has seven suites, a family unit and a two-bedroom villa, with infinity pools overlooking the waterhole and surrounding plains. 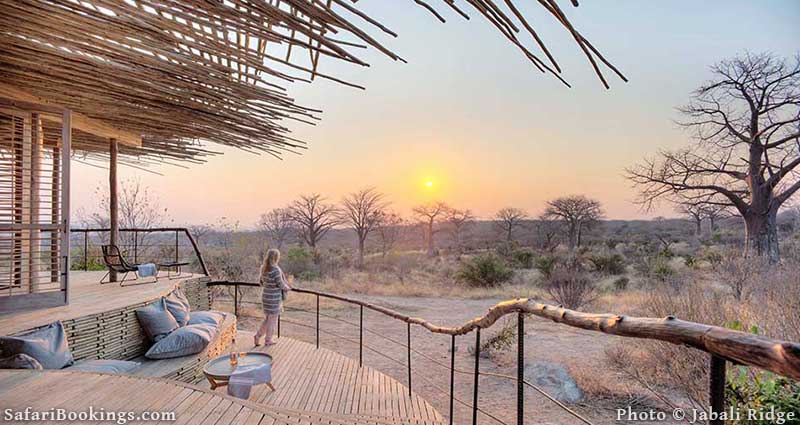 In this seldom-visited park in southern Tanzania, Jabali Ridge has eight suites and a stunning infinity pool that all look out over the baobab-spotted landscape. Jabali Ridge is one of the top-end lodges in Ruaha, which is home to one-tenth of the world’s lion population, alongside wild dogs, cheetahs and sable and roan antelopes.

Heather Richardson is an award-winning travel writer, based in South Africa. She is interested in conservation stories, emerging destinations and adventure travel.